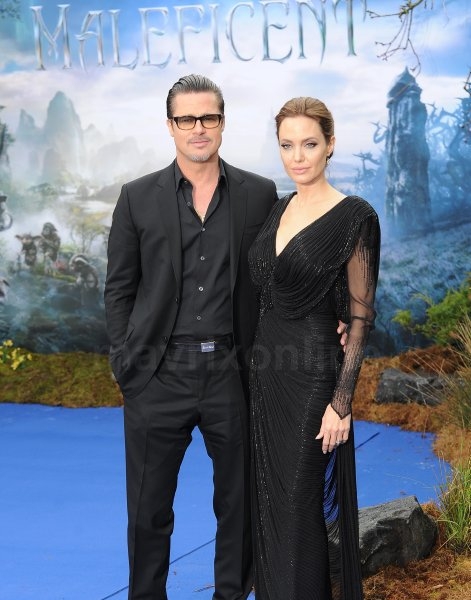 Angelina Jolie Invites Guests Into The World Of Maleficent

Brad Pitt and Angelina Jolie invited guests today to view the “The World of Maleficent’ exhibit that explores the beautiful costumes and props that were created for the film before they go on display to the public at Sky Studios, the O2, London. Housed at Kensington Palace, “The World of Maleficent” begins in the famous Palace gardens where guests will arrive on a dramatic blue carpet which will lead them through the beautiful sunken gardens and then into the King’s State Apartments for the exhibit.  Maleficent’s dramatic wings, worn by Angelina during filming, will be on proud display in the magnificent King’s Gallery. Leading on to The Cupola Room, the most splendidly decorated room in the Palace and the principle state room, which will house Aurora’s crib from the famous christening scene, along with other items handpicked by the filmmakers, and the exquisite Aurora costume worn by Elle Fanning in the film. The Cupola Room is in fact the very room that Queen Victoria herself was christened in 1819. Additionally the Privy Chamber features further costumes from the film including those of King Henry and King Stefan.