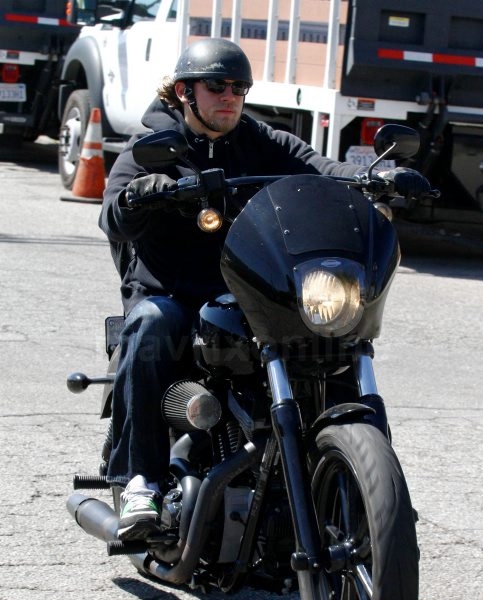 Charlie Hunnam, who this week was announced to play the role of Christian Grey in the film adaptation of “50 Shades of Grey,” rides a motorcycle as he heads to work on the set of his show “Sons of Anarchy.” After casting rumors swirled over the last few weeks with names including Robert Pattinson and Ian Somerhalder as contenders for the role, there was quite a bit of controversy over Hunnam being cast. Similarly, Don Johnson and Melanie Griffith’s daughter Dakota Johnson was the controversial choice to star opposite Hunnam in the role as Anna Steele.