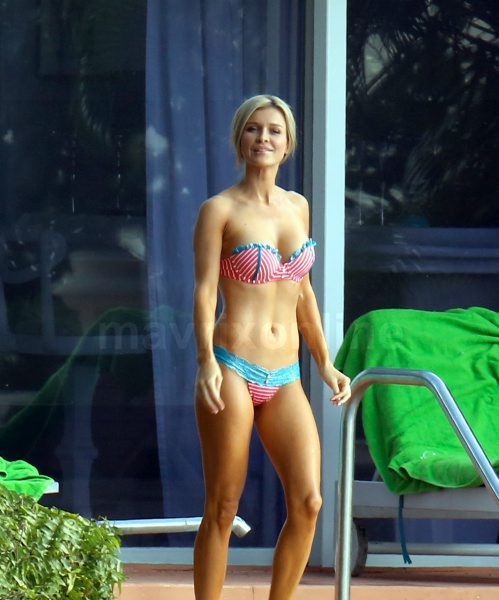 Joanna Krupa Pool Side with Hubby

“The Real Housewives of Miami” reality star Joanna Krupa spends the afternoon at the pool with her husband Romain Zago, a friend and her adorable pooch. Joanna was seen sharing some PDA with her husband and was seen taking a “selfie.”

The 34 year old model showed off her enviable figure in a pink & blue skimpy bikini which she was seen tugging at the top as she appeared to have trouble keeping her bikini top in place.

Joanna was also seen playing with her doggy, throwing a ball for him and picking him up and spinning him in circles. The dog appeared to be loving every minute of the blonde beauty’s attention.