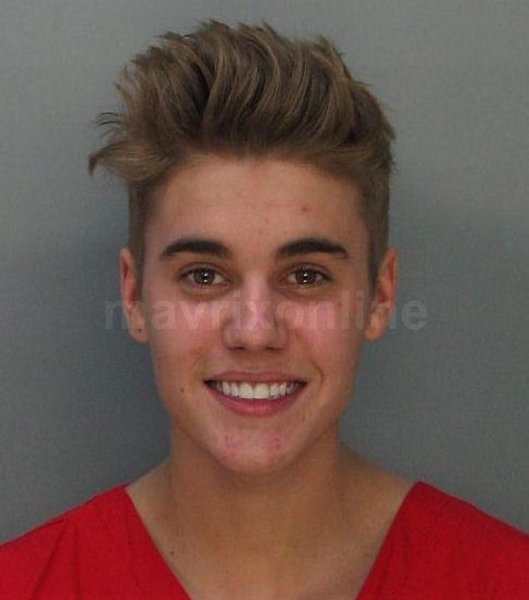 It’s reported that Justin Bieber was arrested in the early hours of this morning, charged with DUI and drag-racing. But, it certainly seems like he’s taking it all in stride, posing with a huge smile for his mugshot. According to the reports, Bieber rented a yellow Lamborghini and his friends blocked off a street with their vehicles to create a drag strip for the troubled pop star. The second car in the race was reportedly a red Ferrari and the driver of that vehicle was also arrested. Reports go on to say that Bieber was incoherent and kept his hands in his pockets during the arrest. He was also not found to have a valid driver’s license. Justin has been taken to the county jail for processing. Earlier in the week, Justin reportedly spent $70k in singles at a strip club for a friend’s birthday.