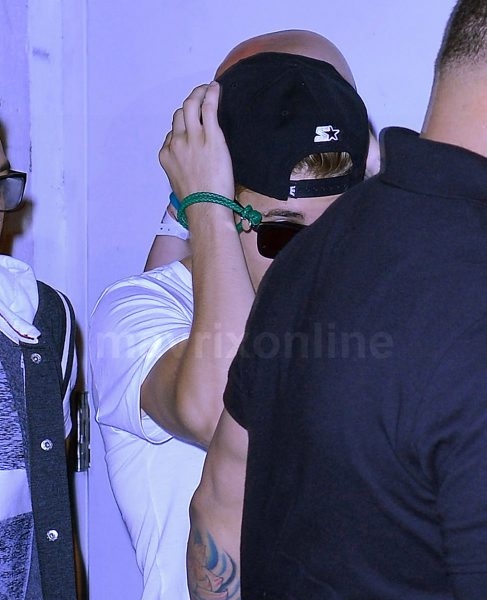 Justin Bieber was spotted entering through the back door of Club Mansion nightclub in Miami where he attended Jay Z‘s after party for the end of his “Legends of Summer” tour with Justin Timberlake. It’s been reported that the teen idol had a chance to rub shoulders with signifying hip hop artist Jay Z while in the club. The 19 year old ‘Boyfriend’ singer immortalized the moment with an Instagram picture as he is seen smiling and flashing gang signs next to the media mogul along with rapper Jermaine Dupre. In another social media image, Bieber cozies up to the ‘Magna Carta Holy Grail’ recording artist while seated on a bench along with comedian Kevin Hart.