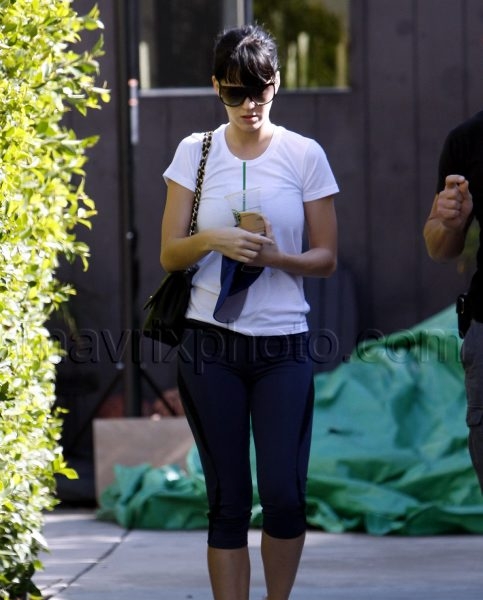 Katy Perry hit her gym in West Hollywood yesterday, and it looks like she treated herself to some Starbucks afterward. I’ve always considered myself a fairly big Katy Perry fan, but after seeing her on American Idol the other night, I just might be her biggest fan ever. The way she verbally slapped down that Kara chick over and over and over again made my heart smile, and when she threatened to throw her Coke in Kara’s face, I almost DIED.

Who knew Katy was so fabulous?