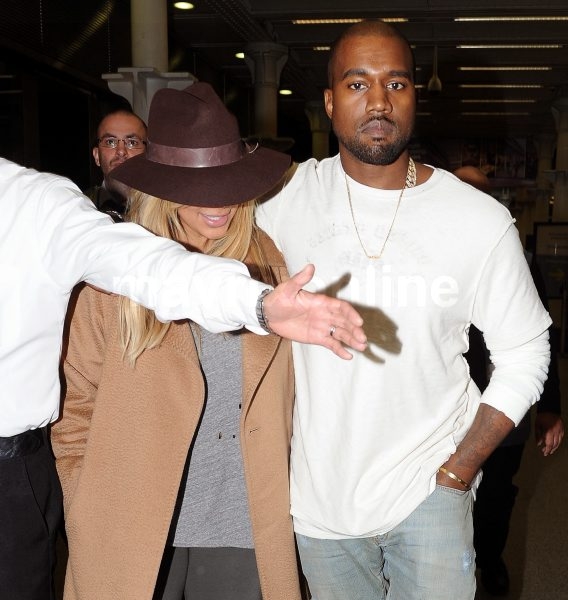 Kim Kardashian and Kanye West arrived in London, today, during a stopover as they headed to Paris. Kim sported blonde hair and kept covered up under a hat as the two strolled through the airport, accompanied by security. She looked to be going for comfort more than fashion on this trip, wearing a baggy sweatshirt with holes in the front and dark leggings. Kanye, who was recently instructed to steer clear of Los Angeles International Airport, kept a stern face and walked very close to Kim. He has been warned to stay away from LAX and the paparazzi there while the criminal case against him for battery and attempted grand theft against a photographer is underway. And, he seemed to be in fairly good spirits despite reports of a recent anger-filled Twitter rampage toward Jimmy Kimmel on Thursday followed by another altercation with a photographer just hours later. The two are reportedly traveling without their new baby North West, marking the first time Kim has been away from her since giving birth three months ago. 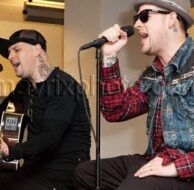 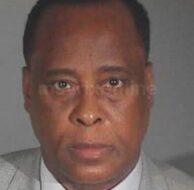 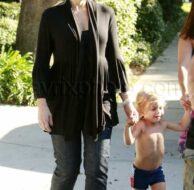 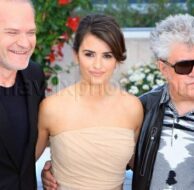