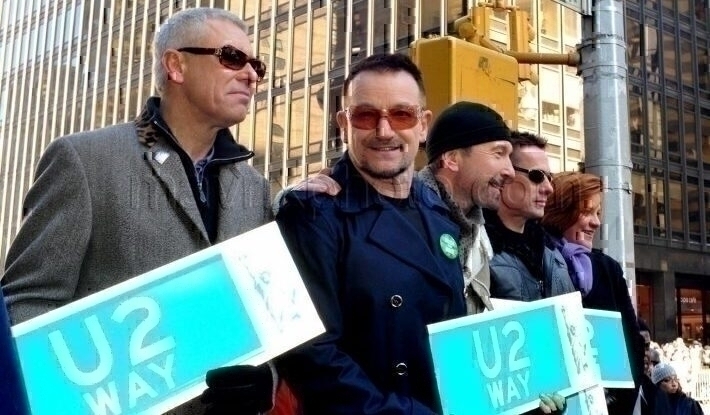 In observation of U2’s incredibly busy week, which includes the release of a new album and five consecutive shows on the Late Show with David Letterman, NYC mayor Michael Bloomberg honored the Irish band by temporarily renaming a section of 53rd Street U2 Way.

I’ll spare you a joke or ten about the streets having a name (or is it, the streets have no name?). But really, I can’t believe how much people will bend over backwards to be nice to Bono. I mean, George W. Bush changed his whole outlook on the African AIDS crisis after meeting with Bono and discussing it. And now this? What can’t this guy do? 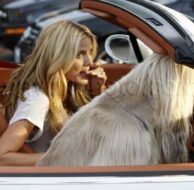 Heidi Klum and the VS Angels in South Beach 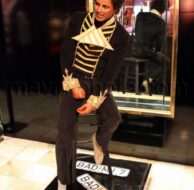 Michael Jackson's Stuff is Up for Auction! 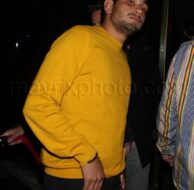 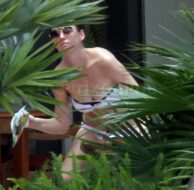