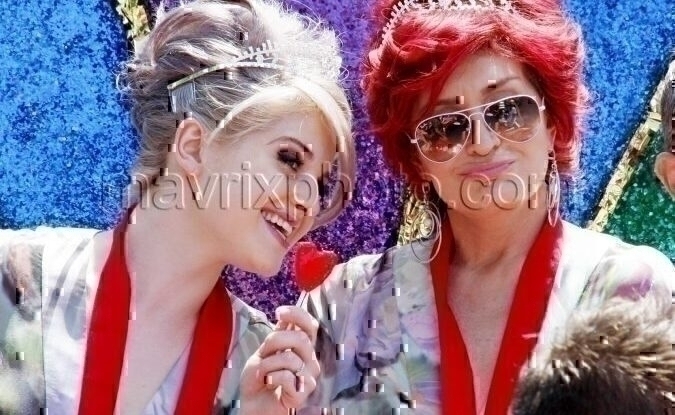 According to reports the reality TV stars were confronted by anti-gay protesters, but the mother-daughter duo were unaffected and continued on.  Kelly, who also showed off her cleavage and enjoyed a love-heart lollipop, later signed autographs and Sharon hugged a fan. An estimated 400, 000 people were in attendance for the hugely popular annual event.