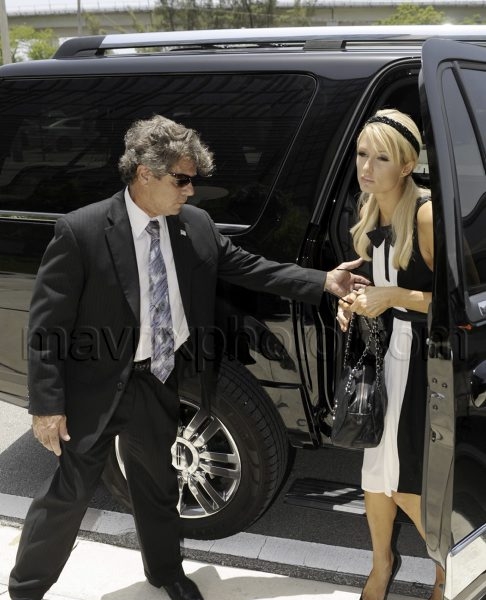 Paris Hilton spent yesterday afternoon in a Miami courthouse to attend the trial she’s currently battling. The lawsuit was filed on behalf of a group of investors who claim that Paris didn’t honor her contract to promote the DVD release of her 2006 box-office flop, Pledge This!

The plaintiffs are trying to collect $8 million in damages from Hilton and her entertainment company. Paris insists that she did all she could to promote this film, and I’m inclined to believe her. I mean, the “investors” of the movie need to take a serious look at their portfolios, because they’d have been better off putting their cash in Bernie Madoff’s hands.

Also, $8 million?! REALLY?! As if the movie was ever going to make that much! They might as well be suing for “eleventy kajillion dollars”, considering what the movie was about. Paris could have gone on all the talk shows naked while promoting the movie, and it still wouldn’t make $8 million.