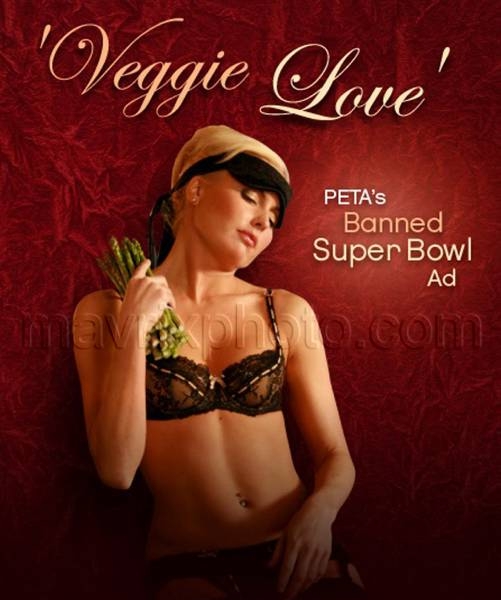 This is one of the sexy scenes from PETA’s Veggie Love campaign that NBC refused to air for being to rauncy for TV.

The ad was due to be aired during the Super Bowl today but NBC sent this list of required cuts before it would reconsider running it: licking pumpkin, touching her breast with her hand while eating broccoli, pumpkin from behind between legs, screwing herself with broccoli (fuzzy) and licking eggplant!