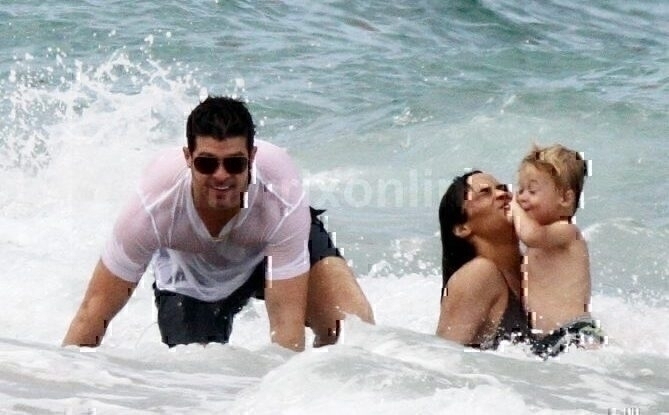 Just days after appearing at the MTV VMAs in a controversial performance with Miley Cyrus, singer Robin Thicke spent some downtime with his wife Paula Patton and son Julian in Florida. The family spent lots of time together on the beach and Julian looked as though he was having a great time with his mom and dad, swimming and playing in the surf. Robin seemed to be quite modest, keeping a shirt on during most of his beach time, but did take it off while lounging to get some sun.