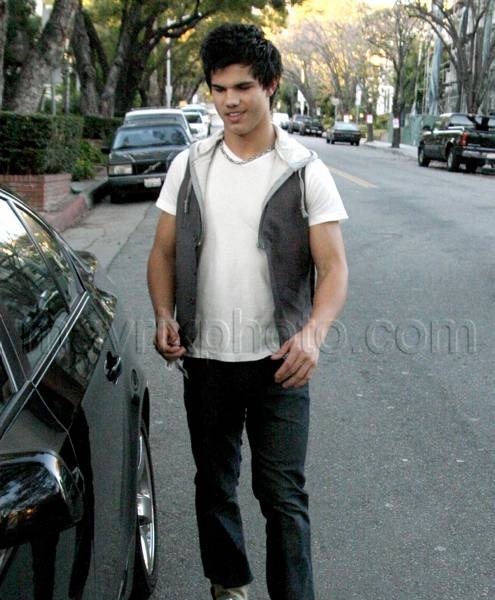 Here’s an exclusive you won’t see anywhere else! Our photographer caught up with Twilight actor Taylor Lautner at his car yesterday. Now that he’s inked a deal for the New Moon sequel, he’s officially famous! Plus, he’s been packing on the pounds in an effort to look hunkier in the movie.

Speaking of weird vampire movies written by Mormons, Vanessa Hudgens is not going to be in New Moon (despite what you may have heard). Although, that would be interesting, right? She does kind of have that werewolf-ey look.